Hey Torchwood lovers! As dedicated watchers and fandomers and ficcers,  bet you've probably seen what I've seen in this fandom which is a lot of really fantastic, high-rated fic. All sorts of kink, emo!ship, lovely canon to delve into. I adore this about the Torchwood fandom. However, sometimes you just need a reality check. And that's where

Sex isn't always pretty! Sometimes the hockey stick whacks you in the face. Sometimes the sex pollen wears off halfway through. Sometimes your boss walks in while you're dirty-talking with a Weevil. That's why

badsexfest is here, to show the, shall we say, not so perfect side of what our favorite characters do aaall the time.

Prompting is open until July 1, so come on down and spread some out-of-this-universe prompts, and fill the Torchwood and any fandom prompts that are already there. The com won't know what hit it in the face just as it was about to come.

Title: Ever After Finally Came
Fandoms: JLA Unlimited/Torchwood
Pairings/Characters: Bruce/Clark, Connor/Tim, Barbara/Kara, Roy/Dick, Alfred, Ianto Jones, Dinah/Helena/Oliver, Diana/Steve, Wally West, John Stewart/Shayera, Ace the bat-hound, Krypto, J’onn Jones, Yvonne Hartman and Captain Jack Harkness, eventual Jack/Ianto
Summary: He was originally designed to be the ultimate weapon whose singular mission was to guard and protect Earth from off-world dangers. Custom-designed using the integrated DNA of Superman and Batman, Ianto Jones is Torchwood One’s greatest creation. Yvonne Hartman and her team of sycophants followers truly believed him to be the world's best hope for survival against alien incursion. Yvonne's hidden agenda of using Ianto to restore the British Empire to its former glory and beyond was destined to come true until the Justice League learned of their plans. Now, after rescuing Ianto from Torchwood, Bruce and Clark find themselves unprepared for fatherhood and during the learning process, they unexpectedly find their relationship changing into something legendary.
Rating: PG-15
Beta: RoyalLadyEmma
Art by: ctbn60 see more here
Disclaimer: I do not own JLA Unlimited or Torchwood
Author Note: This was written for the Superbats_bb 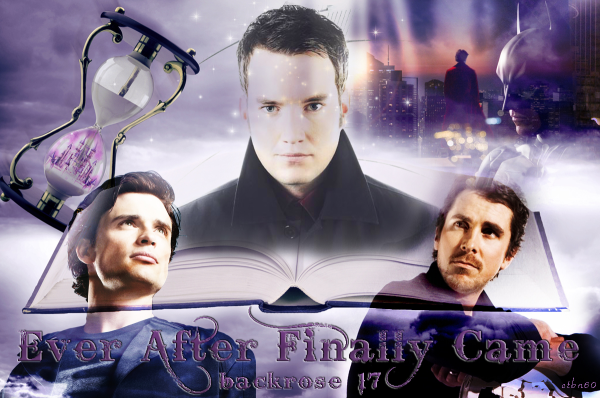 Title: If At First You Don’t Succeed
Fandoms: Torchwood and Doctor Who
Rating: PG
Characters/pairings: Jack/Ianto, the Doctor
Warnings (including spoilers): Spoilers for CoE, those thirty seconds at the end of End of Days.
Wordcount: 6,436 words
Summary: Jack would let the whole universe die, just not him.

Title: If At First You Don’t Succeed
Fandoms: Torchwood and Doctor Who
Rating: PG
Characters/pairings: Jack/Ianto, the Doctor
Warnings (including spoilers): Spoilers for CoE, those thirty seconds at the end of End of Days.
Wordcount: 6,436 words
Author's Note: The gorgeous art in this fic (more of which is visible at the ART MASTERPOST) was provided by the fantastic

caz2y5.
Summary: Jack would let the whole universe die, just not him.

Title: Mood Swings and Midnight CravingsRating: PGCharacters/pairings: Jack/IantoWarnings (including spoilers): Tiny for Everything Changes, but tbh, if you haven’t seen that you can just call this AU and it’ll work just fine. Although, more to the point, why haven’t you watched that yet?Wordcount: 874 wordsSummary: Jack hasn’t been the nicest person the last few months. Has he finally crossed the line?

Title: Home Is...
Rating: G
Characters/pairings: Jack/Ianto
Warnings (including spoilers): None
Wordcount: 940 words
Summary: Jack and Ianto have just bought a house, but instead of celebrating, they're barely getting along.

Title: Restless
Rating: PG
Characters/pairings: Jack/Greg Bishop (Twilight Streets novel)
Warnings (including spoilers): None
Wordcount: 1,135 words
Author’s note: Yes I know Greg Bishop canonically wasn’t there at this time. Call it AU, because I’m not changing this fill yet again. Possibly not historically accurate, but I’m honestly too lazy to check.
Summary: During the first week of June, Jack was acting strange.